Mom tasked me in getting it fixed. And so I went online to Yellow Pages and discovered 3 plumbers from Penang. Picked Ace Plumbers because their base was nearest to home. 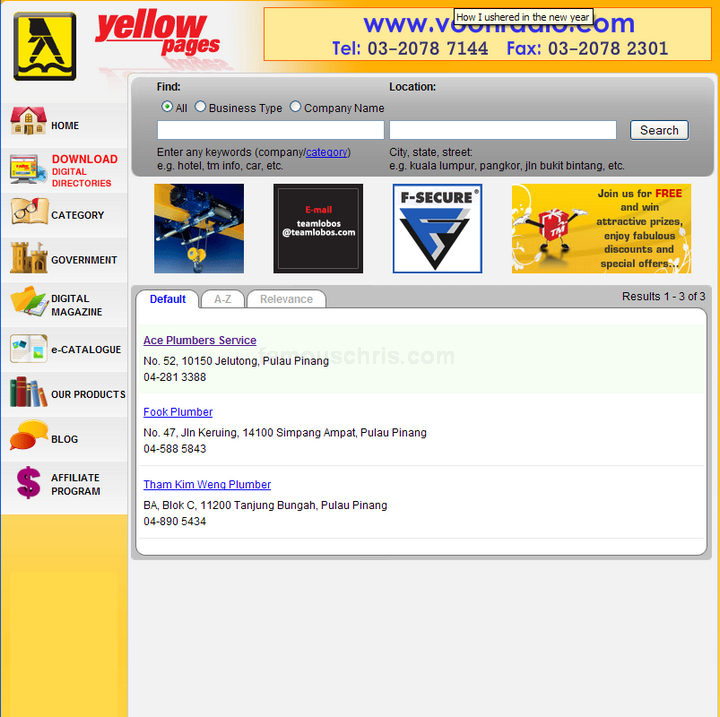 6 hours later at about 5pm, they came. 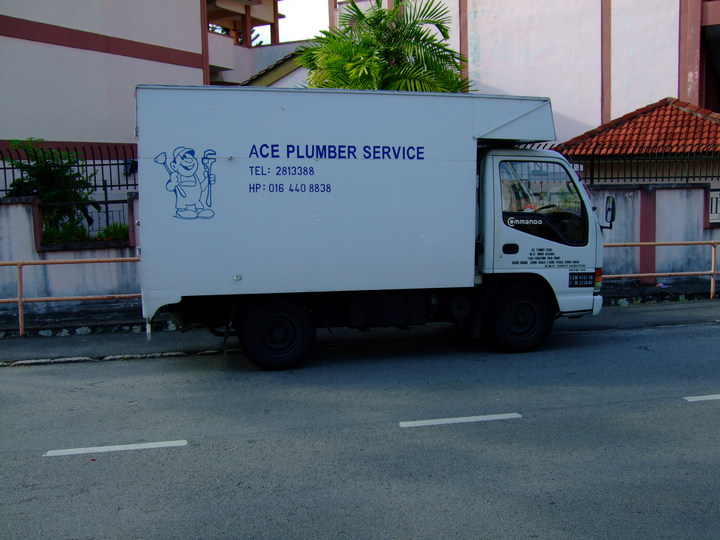 They accessed the situation and priced the repair cost at RM340. I agreed and work would start after lunch tomorrow. 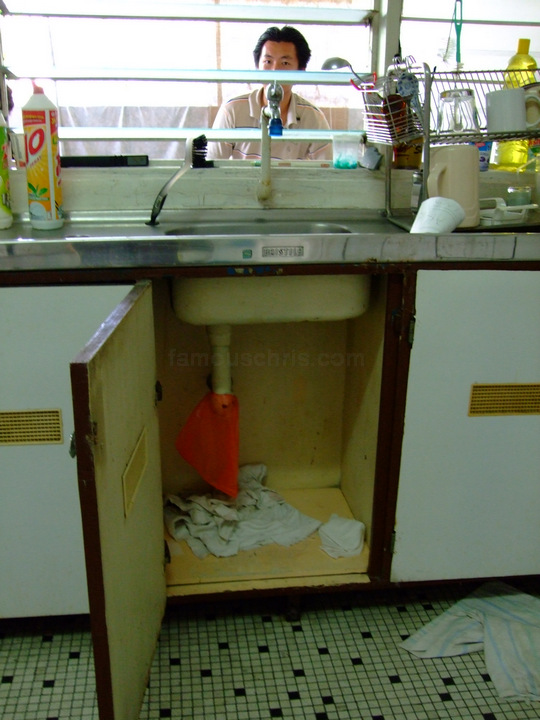 The company is handled by 2 brothers, namely Jimmy & David Ong, who inherited the business from Dad. 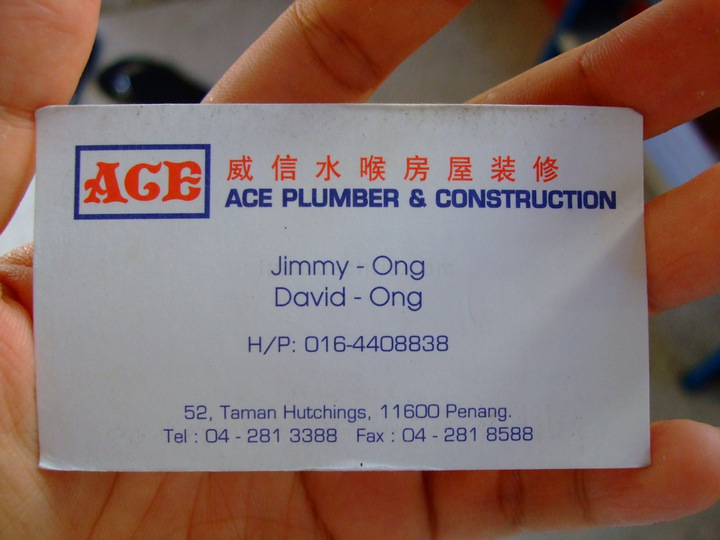 Other than plumbing, they also can do ceiling, painting jobs, floor & wall tiles, etc. 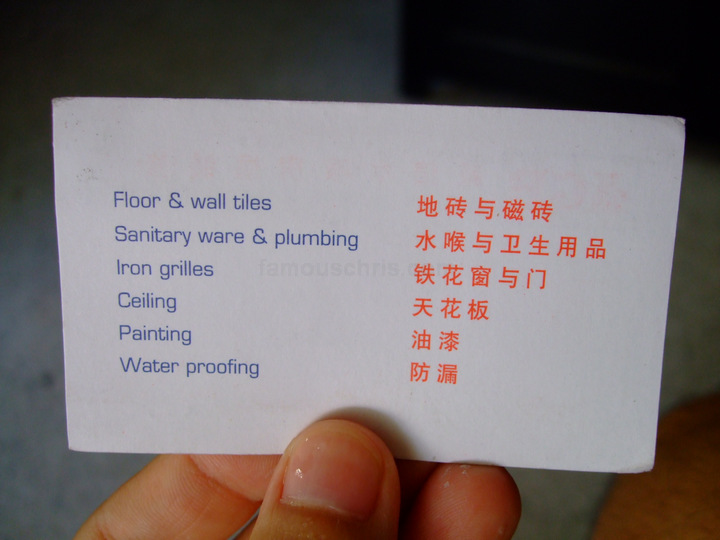 At 2pm the next day, they arrived in their white truck. 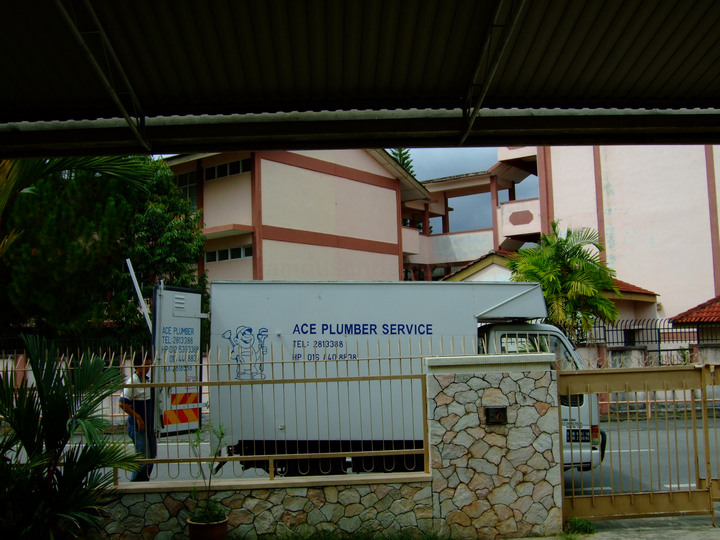 Everyone, say hi to David Ong the plumber. 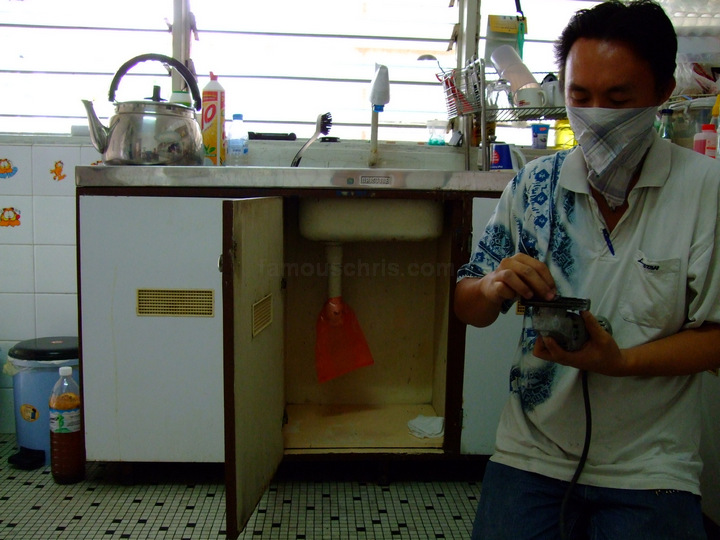 David sawing off the pipe of 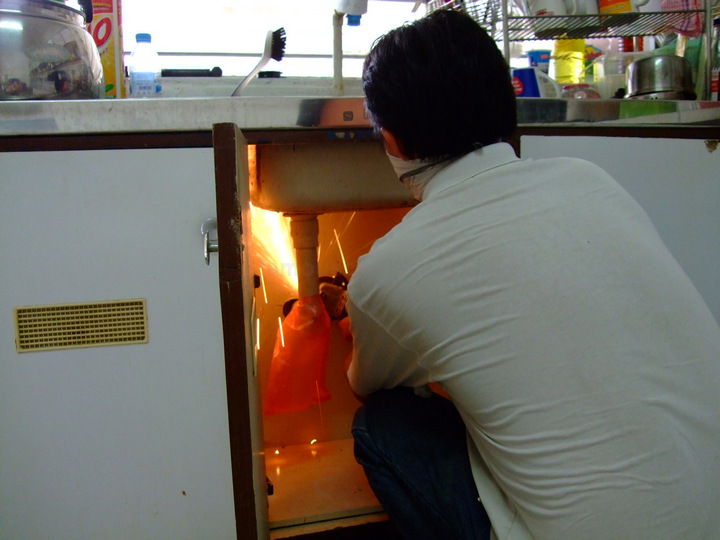 the kitchen sink as soon as he fixed the saw blades. 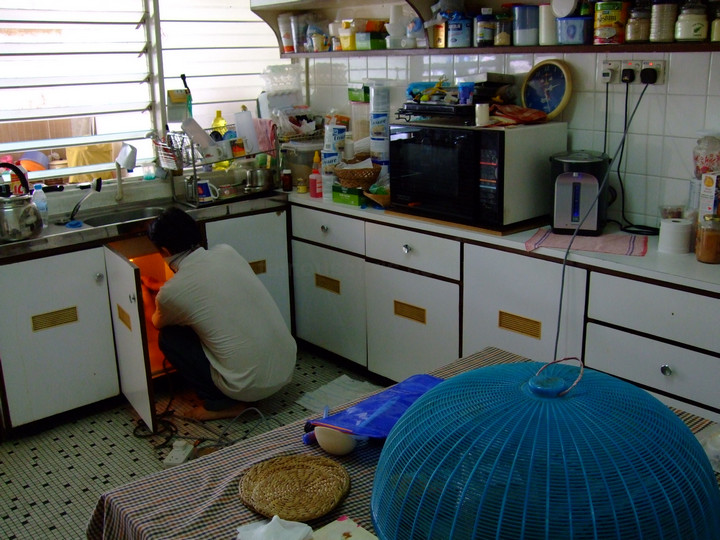 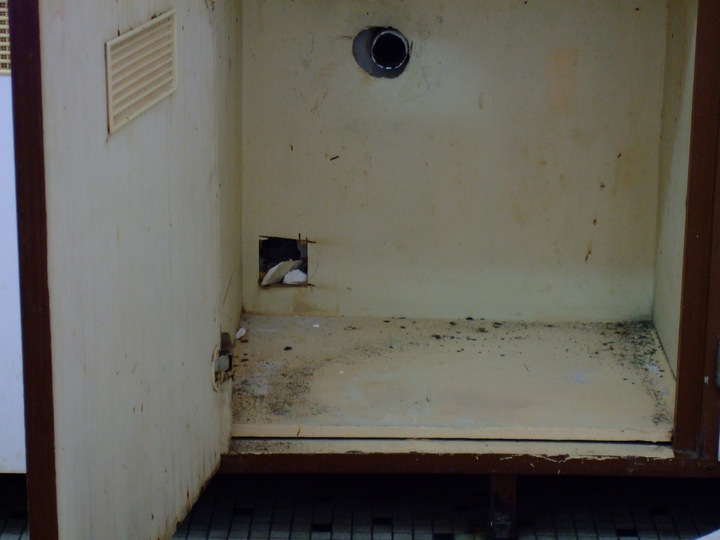 David drilling towards the hole. 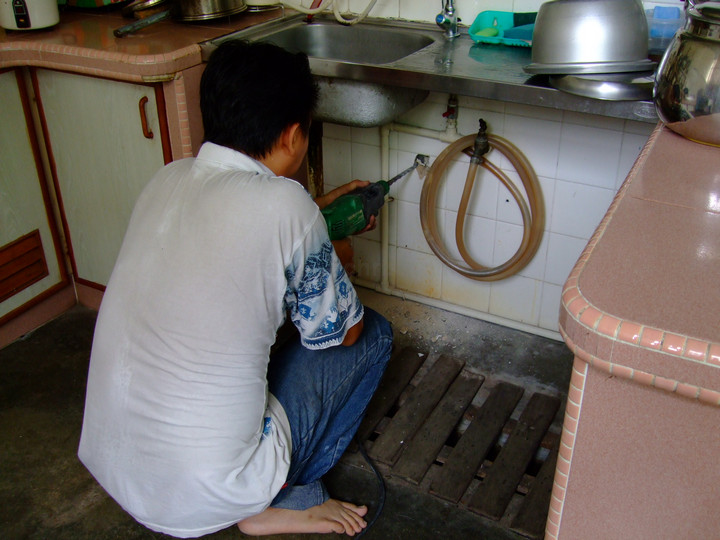 2 hours later, the job was done. 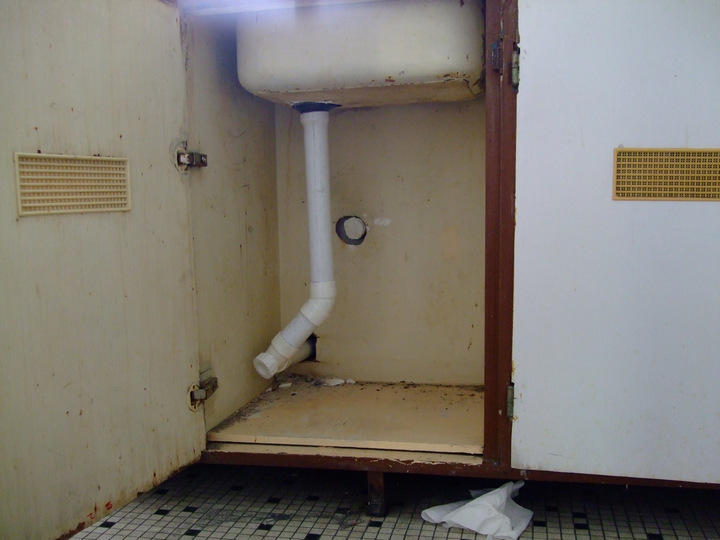 Pretty good workmanship I would say. 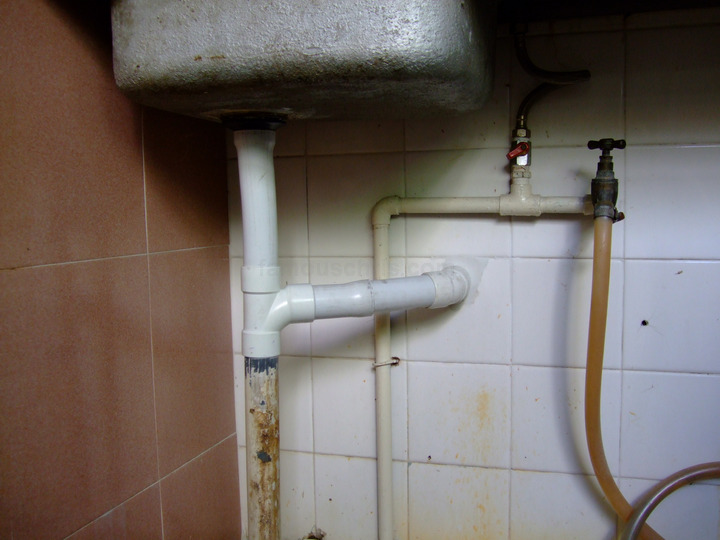 Next was the old flush in my parents’ bathroom that was spoiled since like forever. Flushing failed every time as the pressure was too low and I could see brown rockets floating every time I come by. 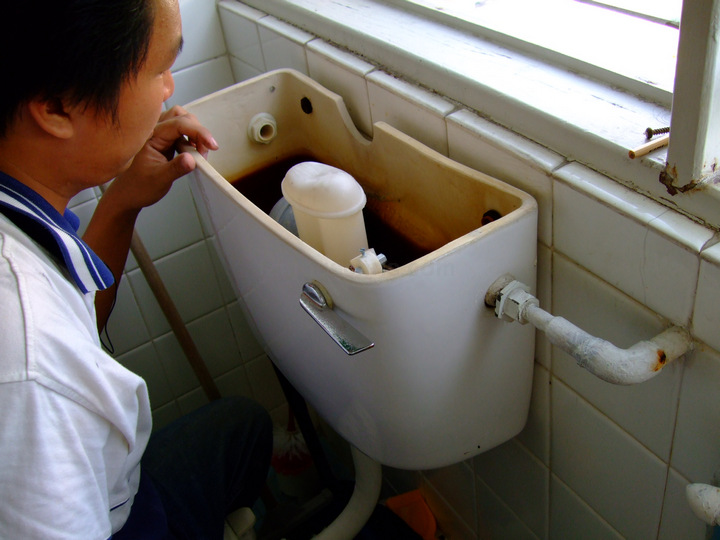 Had the cistern pump replaced. My kekurangan common sense Mom was against it but I still insisted and paid for the new pump. 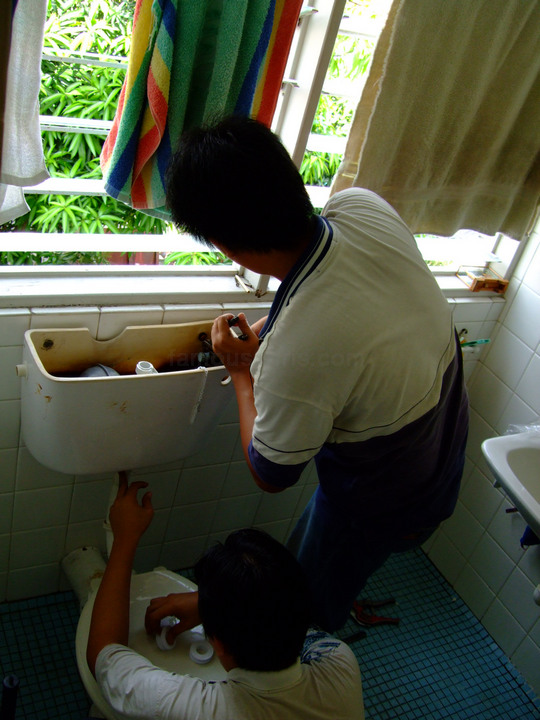 Took about half an hour. 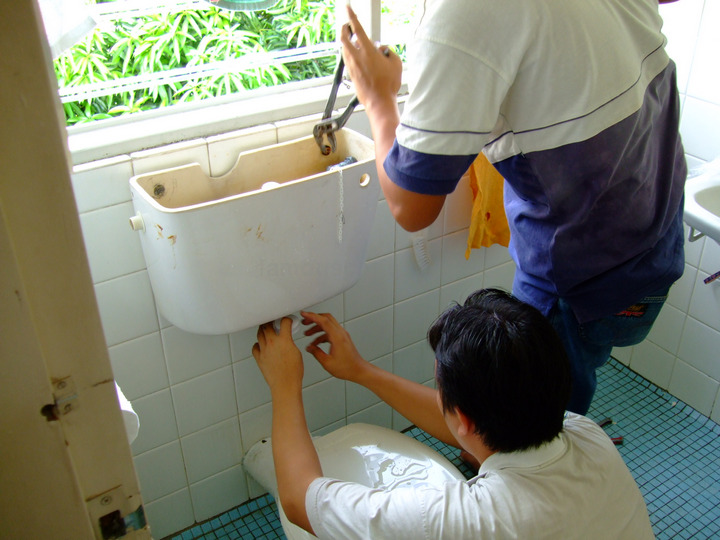 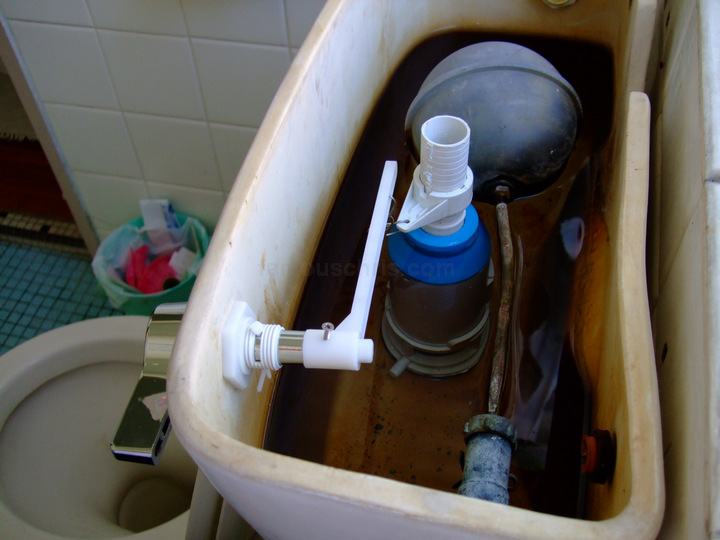 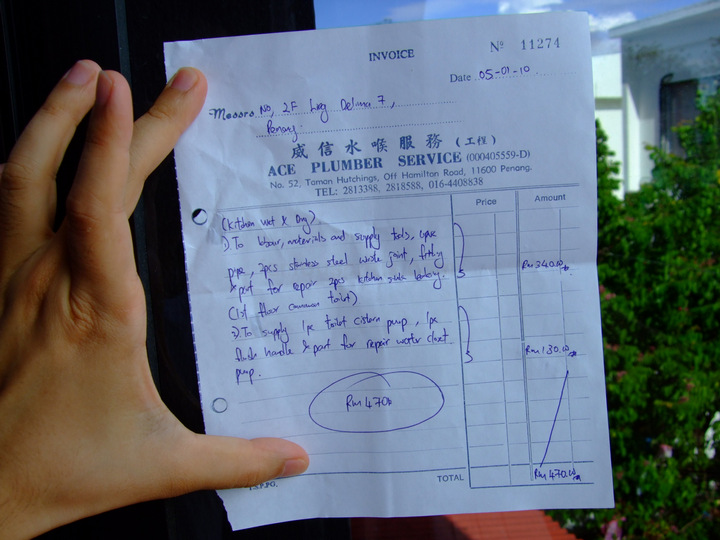 In conclusion, they are professional, friendly and get the job done well. They clear up after their mess. I would definitely recommend them to get sophisticated plumbing jobs done but one thing for sure is their service feels pricey to me. I could be wrong as I didn’t consult any other plumber to asses the repair cost of the kitchen sink. So I don’t have a second price to compare against.