“You never know what you got til it’s gone.”

After suffering from cancer for over 4 years, my dog, Py, has finally found peace. Towards the end, Py was in a lot of pain. He became incontinent, shivered a lot and had random convulsions. He lost all appetite, even if you put the most delicious treat in front of him, he wasn’t interested. It was hard but I knew deep inside it was time for him to go.

Euthanasia is the kindest act that one can do for a dying dog in a lot of pain and so I had Py receive it today. 2 jabs and that was it. I was crying like a bitch for several days. The realization that Py can no longer make it far is when I noticed he could not stand up properly 4 days ago. He was wobbling about and had trouble lifting his head up to look at me. I was so heartbroken.

At first, Mom didn’t agree to euthanasia. Eventually she did, but she said her goodbyes in the morning and went to work, right before Dad, Vivian and I took Py to see Dr Pava at 10.30am. He administered 2 shots, first which was the tranquilizer and two, the euthanasia. It was so quick. Once Py was jabbed with it, he immediately stopped breathing. He found peace at last.

I feel so regretful to not have spend more time playing with Py. Giving him treats. Rubbing his forehead more often and longer. Giving him healthier, quality meals. As a result, I only have this much memories of Py. 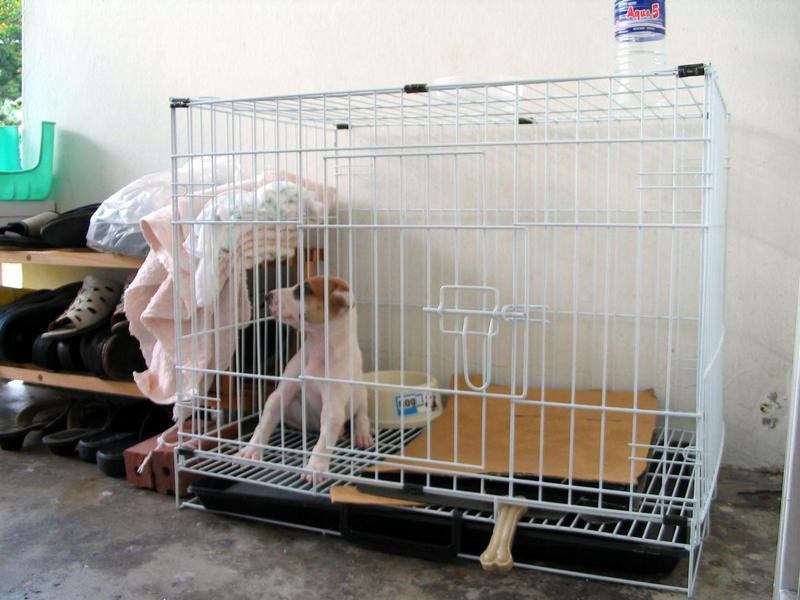 Py is like a doorbell. He will bark at the post man. Every time. So if I hear honking that sounds like it’s from the delivery guy and Py barking like he usually does when the postman comes, I’ll go check it out. I’m so thankful for Py.

Py loved chasing animals. There was once when he blacked himself trying to reach a kitten stuck inside my Mom’s car engine. He had grease all over his face. 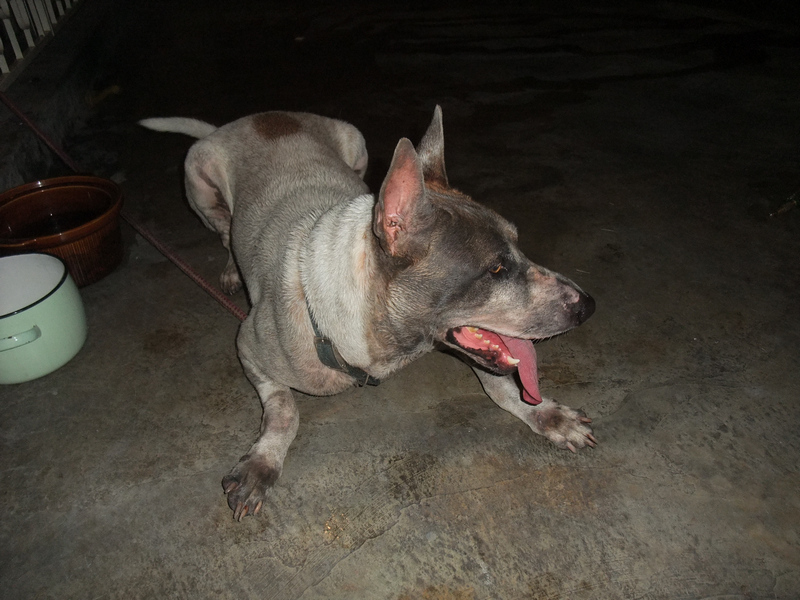 Among his trophies so far were monitor lizards, frogs, rats, birds, and a kitten. I felt so sorry for these fellas to have come upon my house. 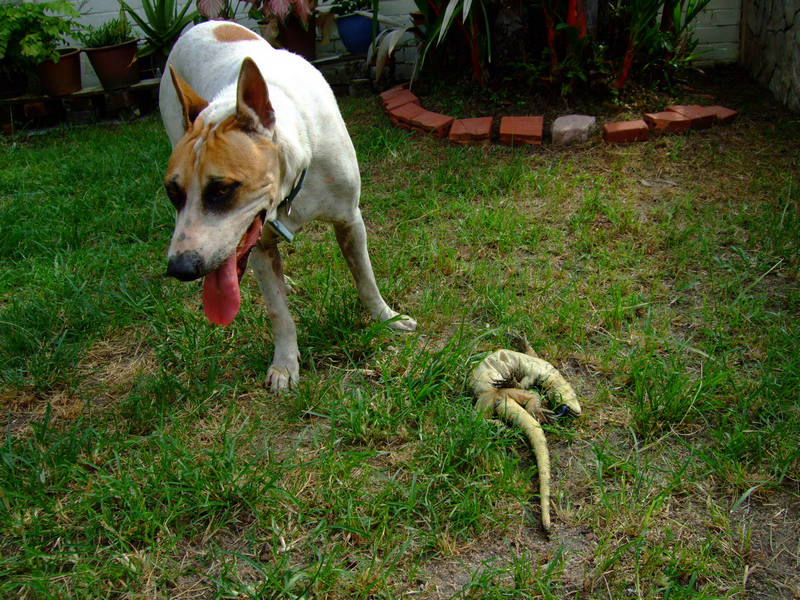 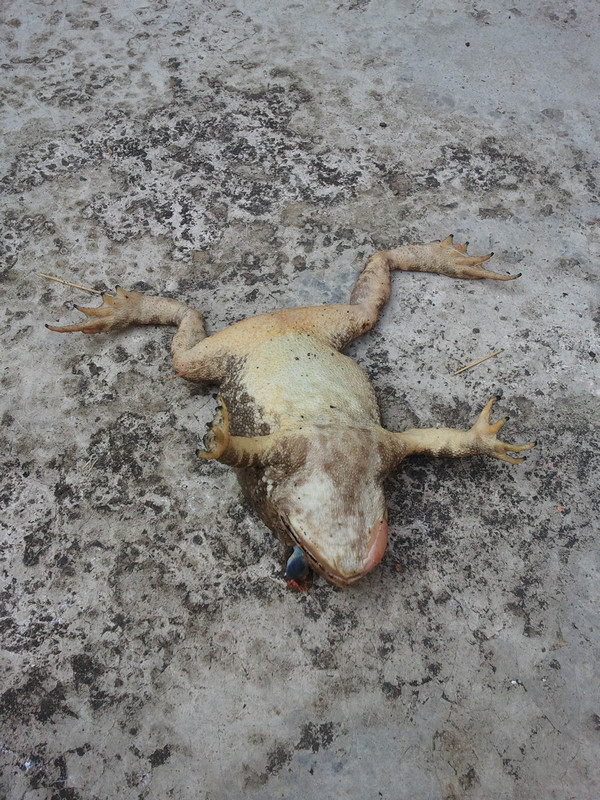 As evident from his stuff Py was also a very determined dog. Even if we put an Elizabethan collar on him, he still managed to lick his wounds, further agitating it. 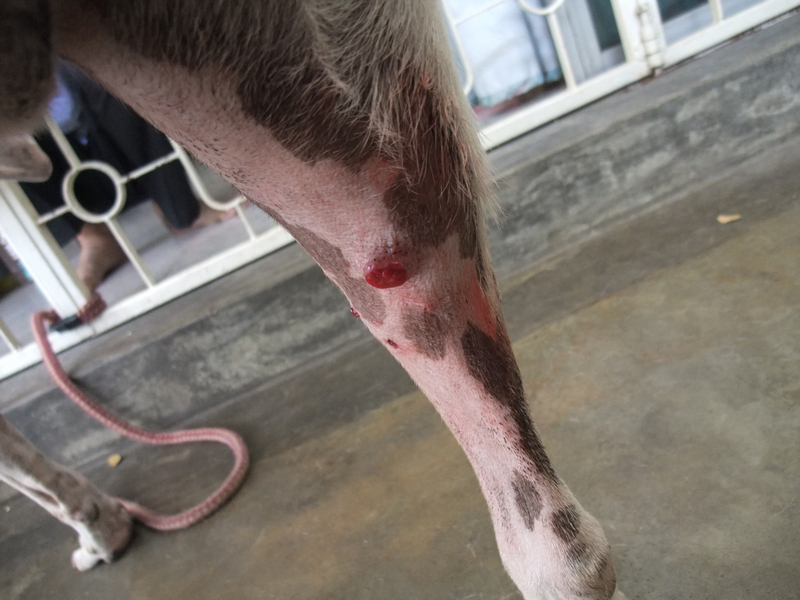 Py will usually bark and greet us with enthusiasm when we pull up our car at the front of the house, especially Mom. You could see he was happiest to see Mom the most because she spoils him. 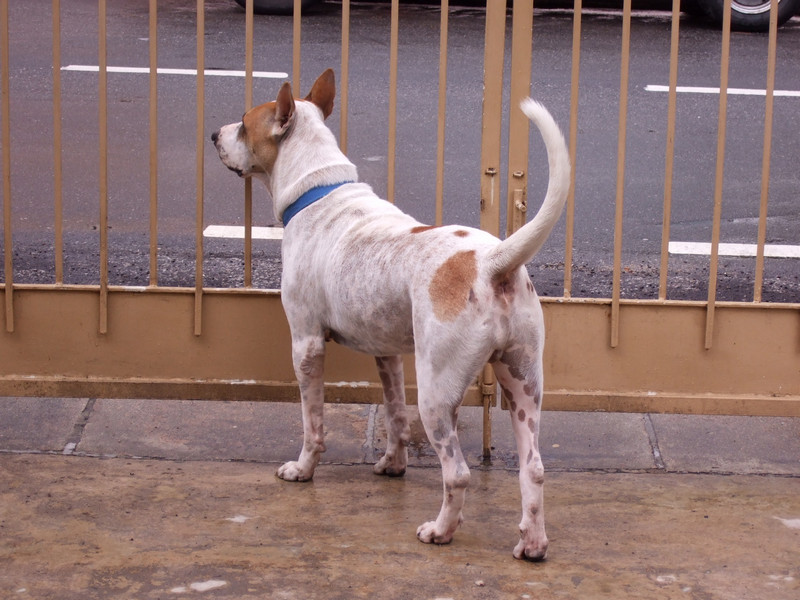 I usually shower Py and when he knows today is shower day, he will avoid going near the shower spot. I could eventually get Py to the shower spot but it will take a long time. Mom could easily trick Py. 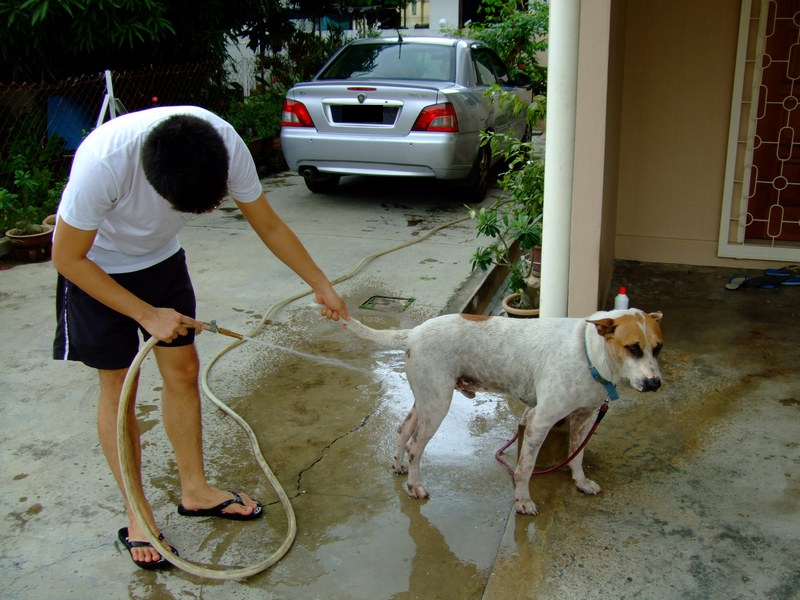 Py also loved greeting dogs that pass by. He will never fail to bark at every single dog that passes by, be it stray or owned. 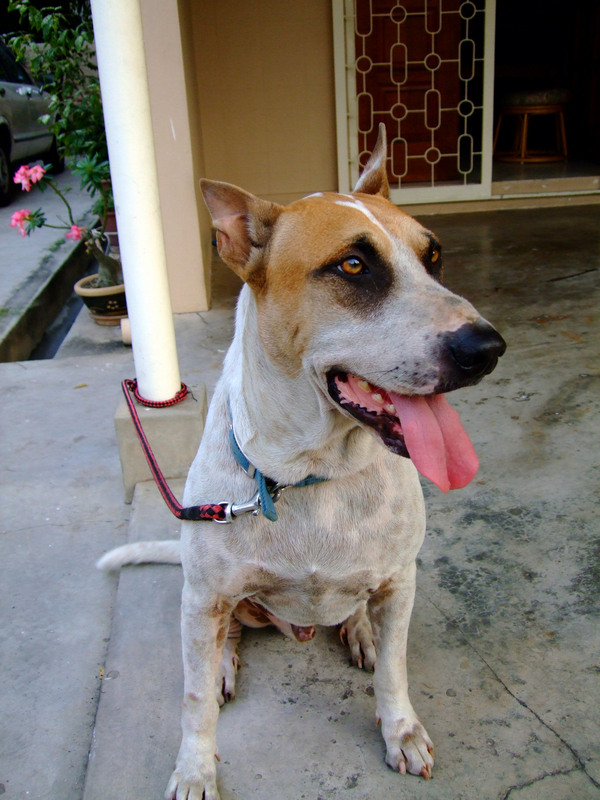 Py loves to eat. Everything. Even tissues. What a greedy guy! 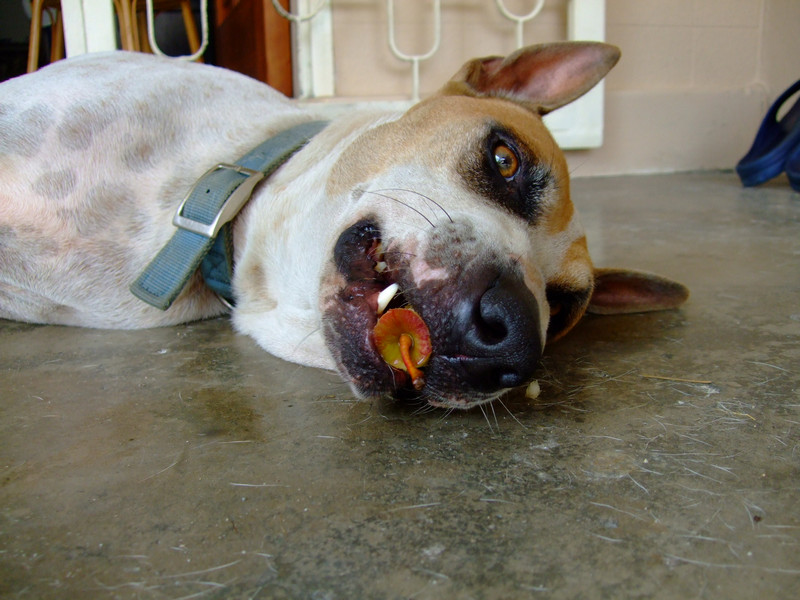 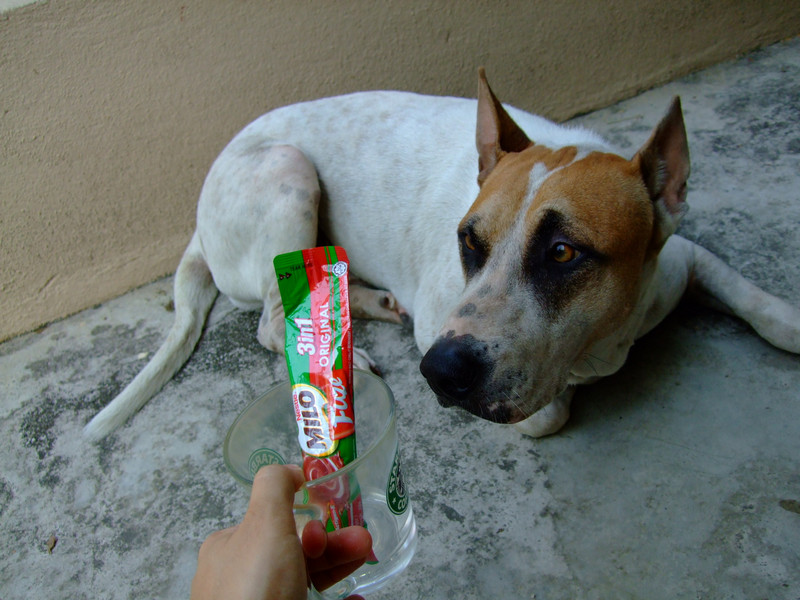 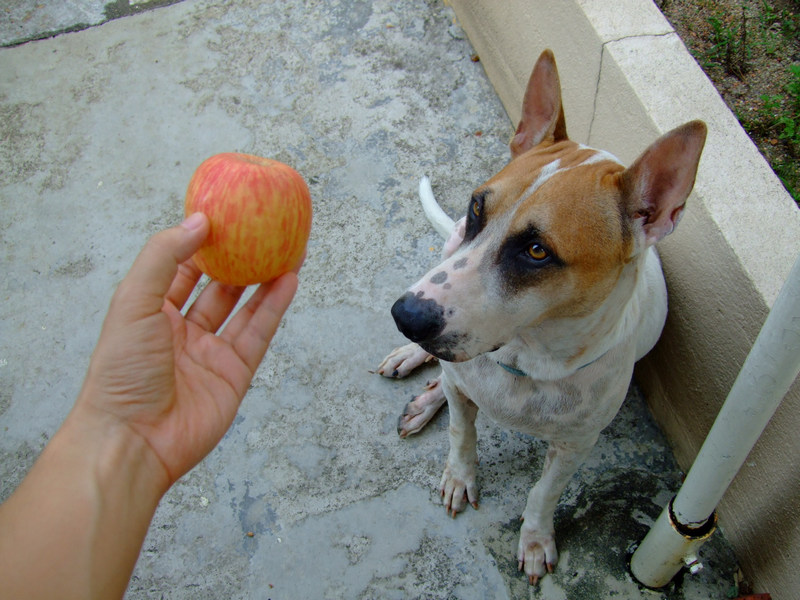 Py loves lazing around. Sometimes when he’s too comfortable to move, he’ll just move his head to check and see if you’re gonna do something interesting or not. If not, he’ll just go back to lying down. 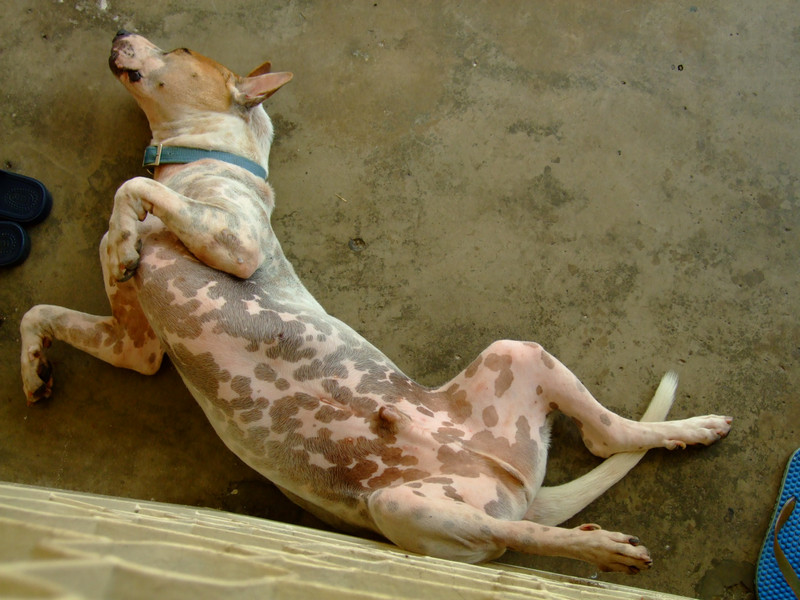 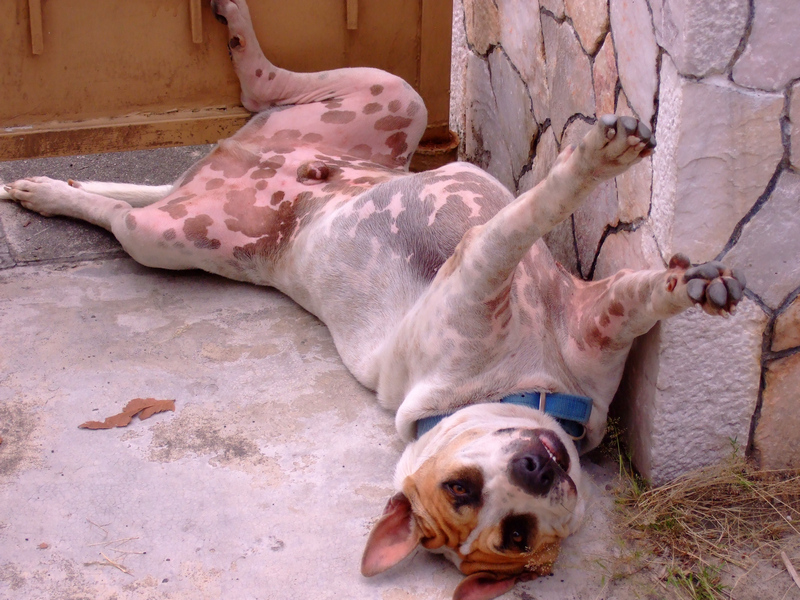 Py loves to play catch. Doesn’t matter if it’s a ball or just a stick, he will run and retrieve it. Then he’ll come near you as if he wants to give you his stick and then refuses to give it to you. Hah. What a tease! 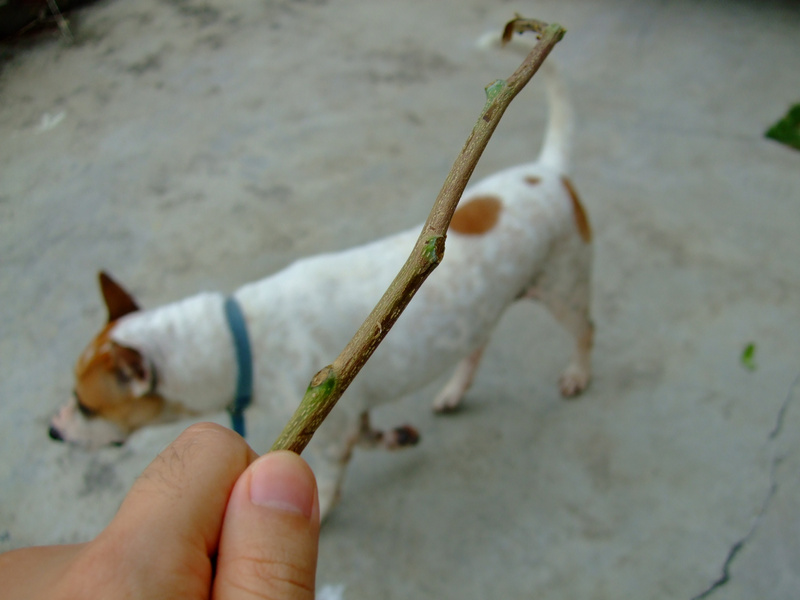 I am so lucky to have had Py for 10 years of my life. I will always remember the good times we’ve shared. 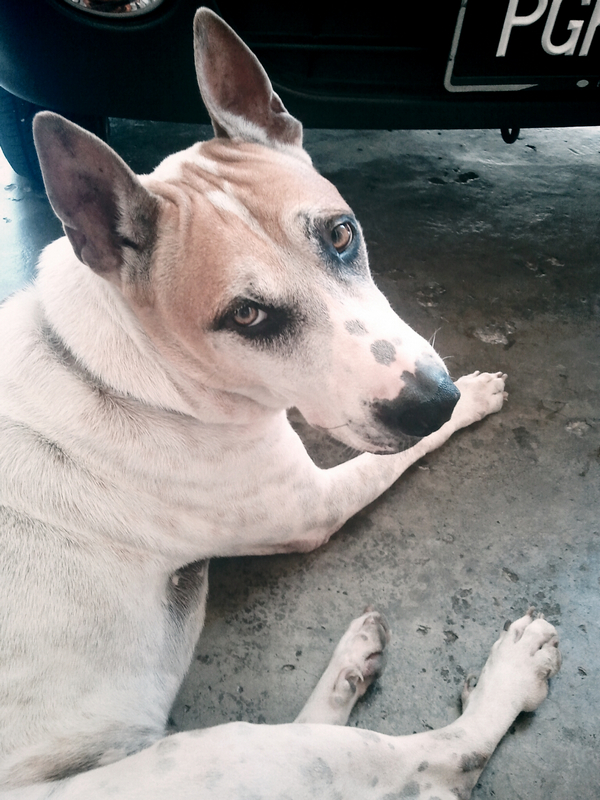 2 thoughts on “My Dog Died Today”