In Batu Ferringhi, there are 5 other hotels that stand out other than Hard Rock, namely Shangri-La Rasa Sayang, Lone Pine, Parkroyal, Golden Sands and Holiday Inn. Shangri-La Rasa Sayang is the only 5 star hotel, making it the most expensive hotel by per room average in Batu Ferringhi. The rest are good, however Hard Rock stands out with it’s musically themed style, apparent throughout the entire hotel. It adds a sort of ‘fun’ factor enjoyable by guests of all ages. 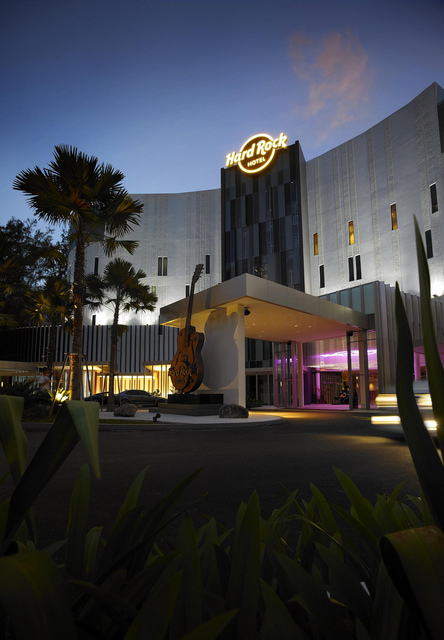 I had the opportunity for a 3 days 2 nights stay in Hard Rock Hotel Penang recently and had a blast. At the same time, I learned many things that will help you get the most out of your stay there. 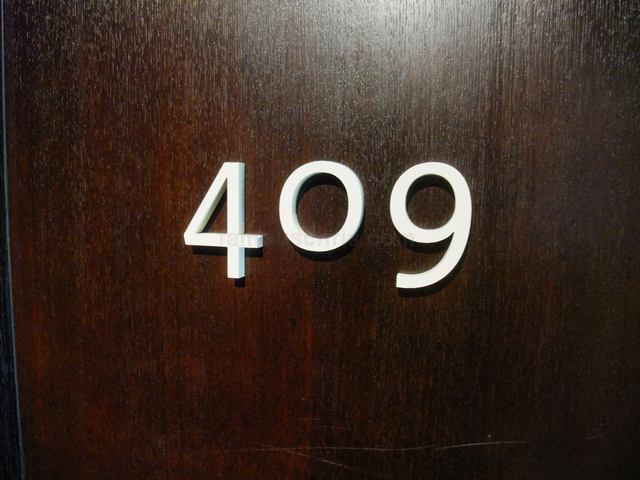 If you enjoy tranquility like I do, pick a room that starts from 1 to about 20. For example, I stayed in 409, which is actually quite a distance from the 3 elevators located centrally at the hotel. 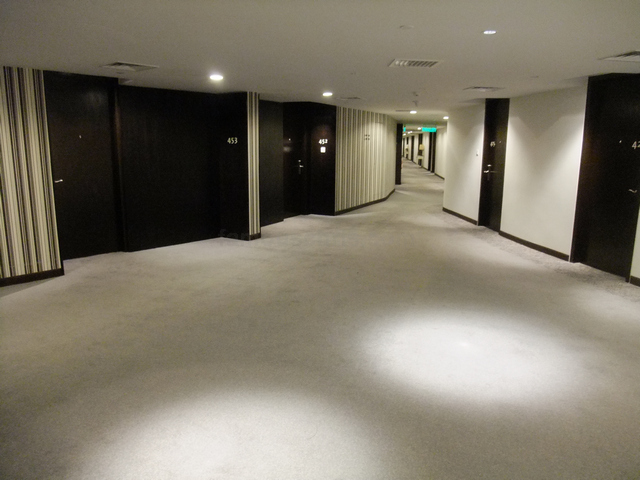 The right wing of the floor only had sea facing rooms, meaning that there is only 1 row of rooms instead of 2 rows on the left wing which included the row facing the hill. 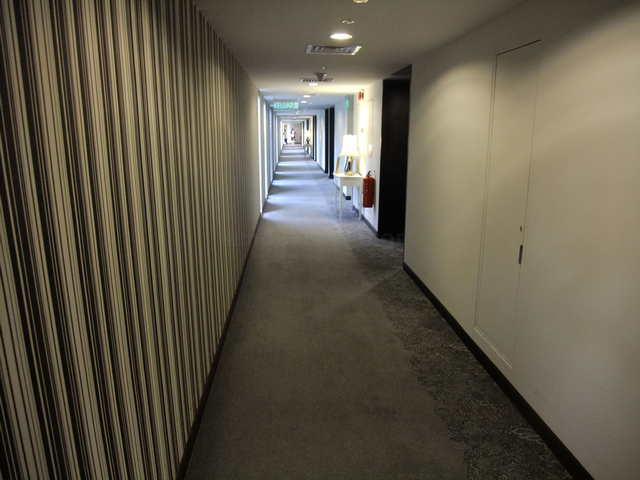 So anything that starts from 401 to about 415 is fine. 401 is at the end of the wing and is the most peaceful with almost no one passing by except you. 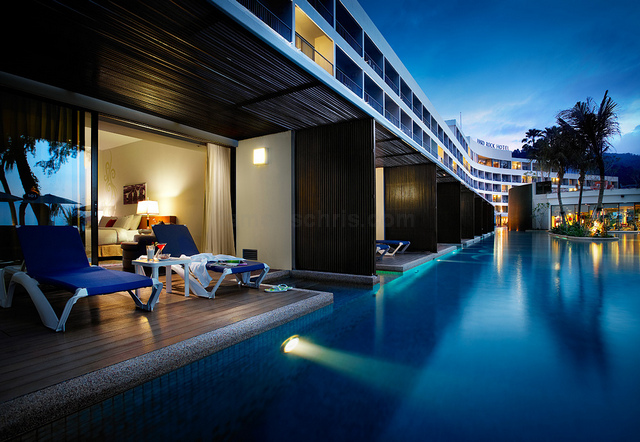 The Lagoon rooms are cool. Yes, but do remember that just because it is right next to the pool, you will enjoy less privacy and more noise earlier in the morning when the kids and other guests start storming the pool. Also, do ask for one that is as far from the lobby as possible as there are bands that play music during the day up till about 11pm at night. 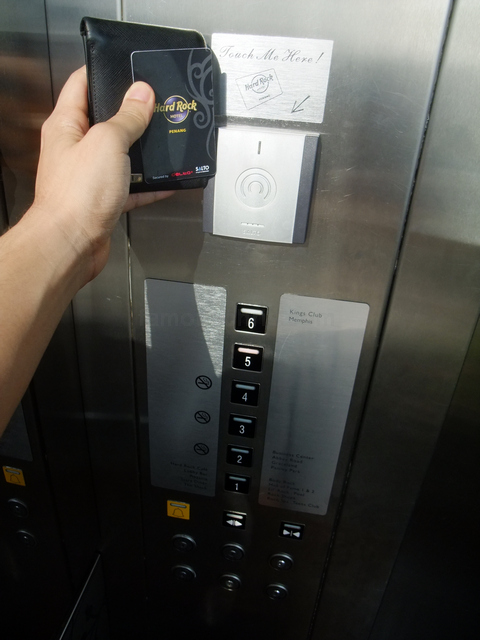 Remember, the higher the floor, the further it is your room from the noise. 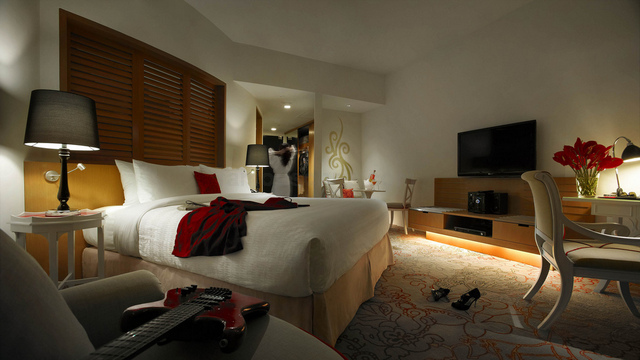 If you appreciate a good deal like I do, you’re gonna want to remember this tip. Do know that Hard Rock Hotel Penang has a total of 250 rooms, divided into 9 different types, with about 70% of them sea facing rooms. Normal price ranges from RM400/room to almost RM2000. 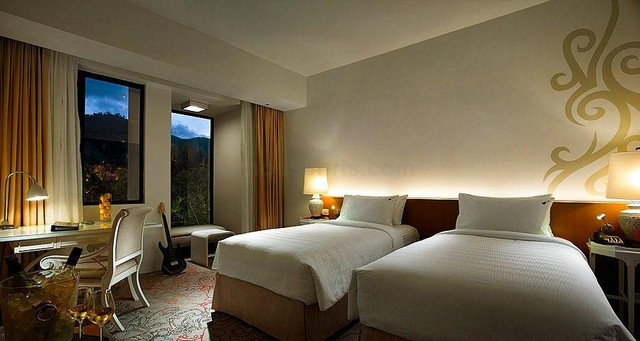 At 29m², Hillview Deluxe is the cheapest of all the rooms but make up less than 30% of the rooms. Although it is the smallest, guests still get to enjoy everything that the other deluxe rooms offer minus the view and balcony. If you are lucky enough to stay during low season, ask for a free upgrade. 😉 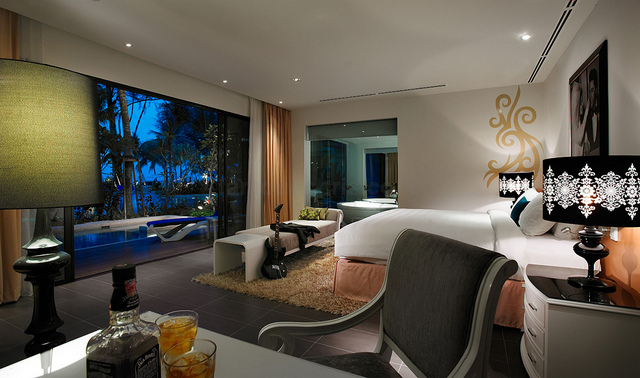 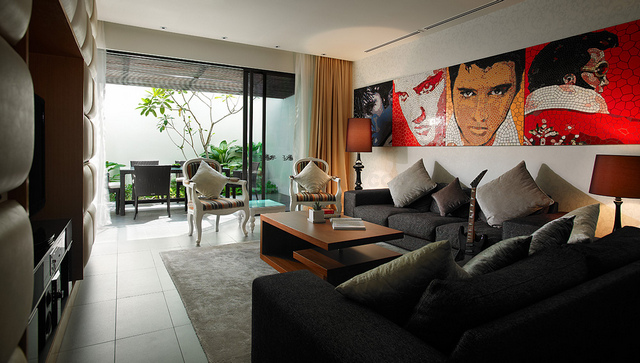 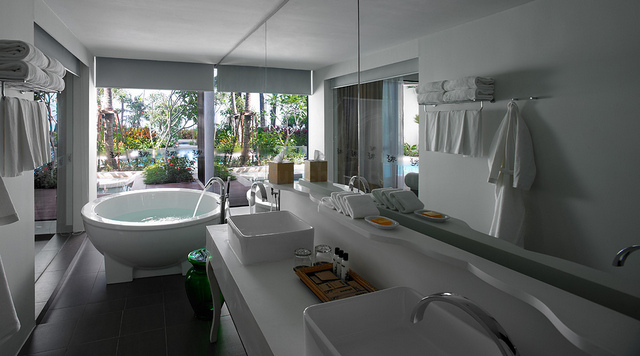 Kings Suite is the poshest of all the rooms. Two bedrooms, one living room and a really, really awesome bathroom make up most of the space in the 185m² room. Cool thing is, you have your own private pool. 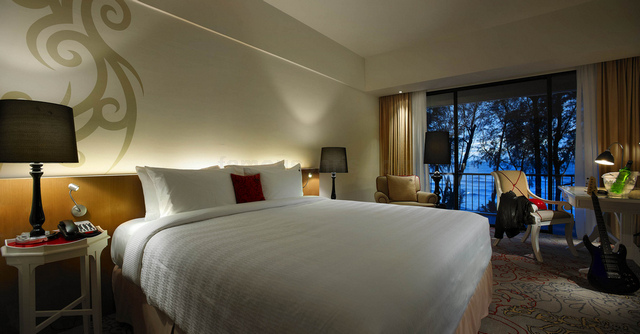 The room that is most popular is the Seaview Deluxe. Imagine enjoying the sun set or the sight of bikini babes sunbathing and lounging by the pool area at the privacy of your balcony while sipping on some ice cold beer. The view of the sea and the extra floor space from the Seaview Deluxe comes at a price of around RM100 more than the Hillview Deluxe which I think is worth it. 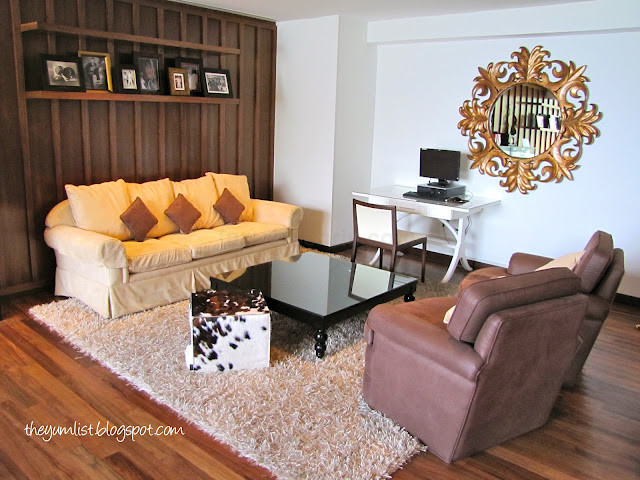 Not many people know about this but there is actually a lounge up at Level 6 called Kings Club where you get to enjoy all sorts of food and beverages from morning till the evening. Skip the queue at breakfast. Order a french toast with caramelized bananas or blueberry pancakes if you feel like it. Craving for a nasi lemak? Just order. Mee goreng? Just order. Milo ais? Just order. If you stay at the Kings Club Seaview, Seaview Studio Suite, Rock Star Suite or Kings Suite, you are automatically entitled to the Kings Club. Otherwise it costs RM162.40nett per room(2pax). 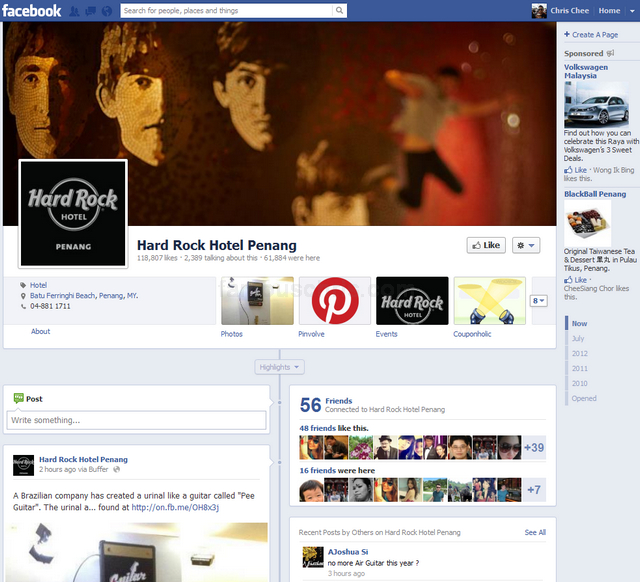 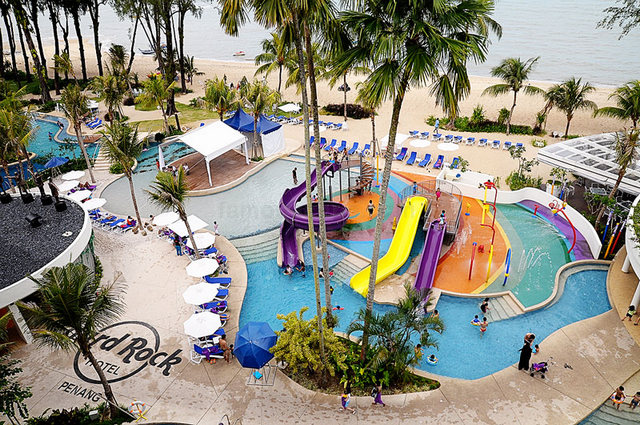 The best time to go to the pool is in the mornings. Wake up at 8am. Have a nice breakfast, not too full though. Then get ready to jump in the pool that opens by 9am. One reason why you should go in the mornings is because the crowd is much less at this time. The queue to enjoy the slides are shorter or almost none. Even if there are kids, it will be at a minimum, allowing you to enjoy some quiet time. Do know that as the day progresses, the crowd swells. 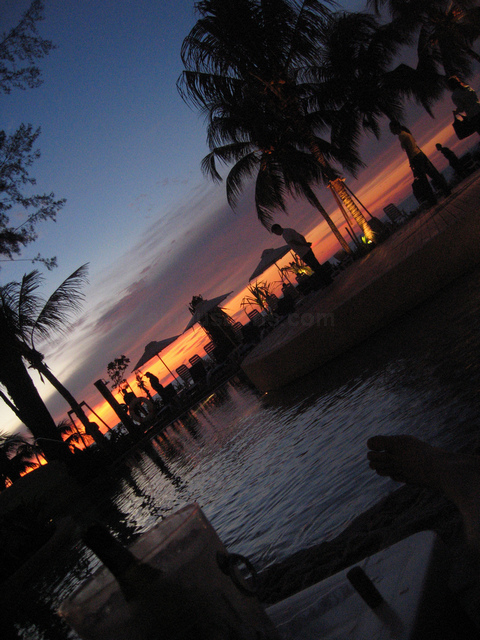 Second reason is because the sun has yet to rise and the pool is much cooler at this time. If you are like me, you will definitely appreciate the fact that the sun rises from the hillside, making the entire Hard Rock Hotel building cast a huge shadow over the pool. After 12pm, the sun will be above you the entire time until about 7.30pm when it sets. 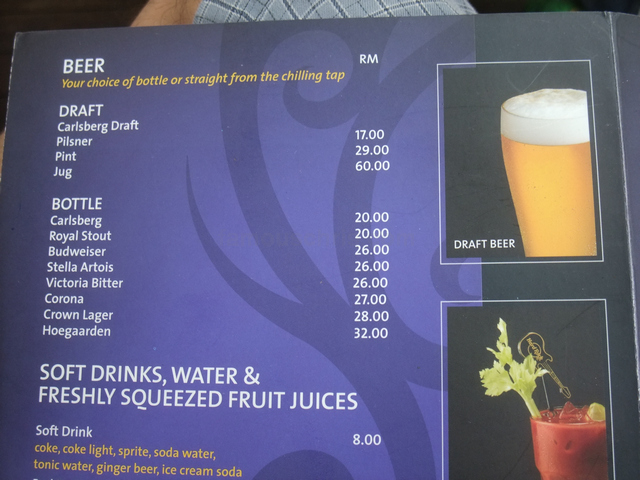 There are a total of 4 spots all over the hotel where you can get your drink on. The swim up bar called The Shack inside the pool itself, the Sandbar by the sand, the Lobby Lounge where the reception is and in Hard Rock Cafe itself. 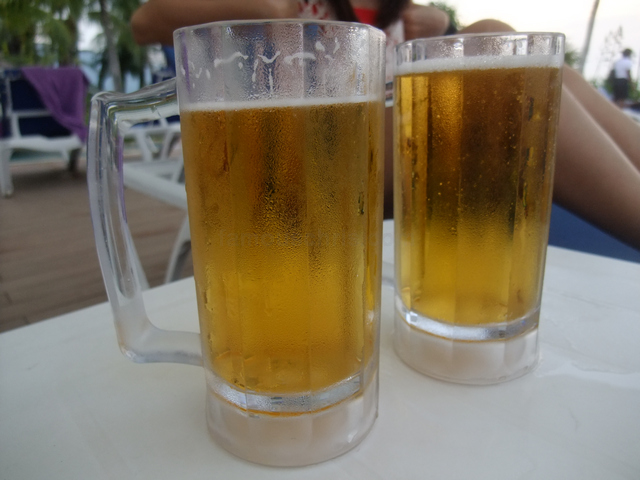 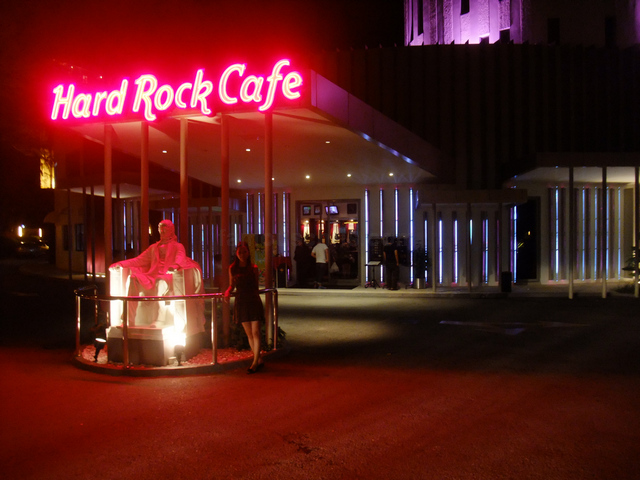 In Hard Rock Cafe, the band changes every few months. However, you can be rest assured that the quality of the band Hard Rock Cafe Penang hires is usually top notch. Skilled guitarists, powerful vocals and more often than not, 1 or 2 of the band members are extremely attractive (and so are some of the customers). Do know that happy hour prices for drinks end at 8pm but the band only starts playing at about 10.30pm. 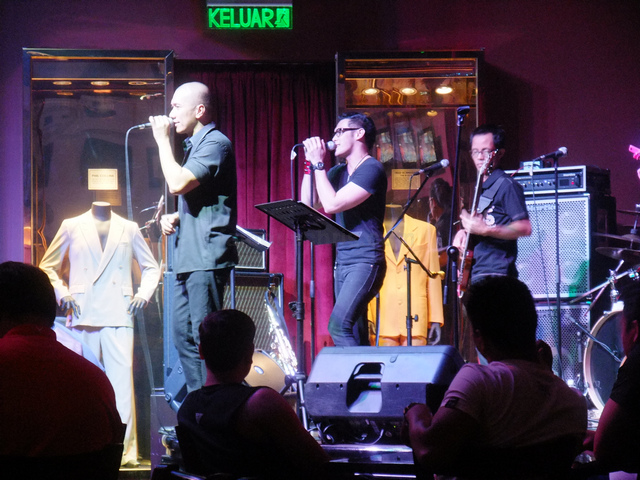 They do do requests but mostly instrument oriented artists. They can even sing the latest singles that are topping charts all over the world! It just shows how up to date and hardworking the band is! 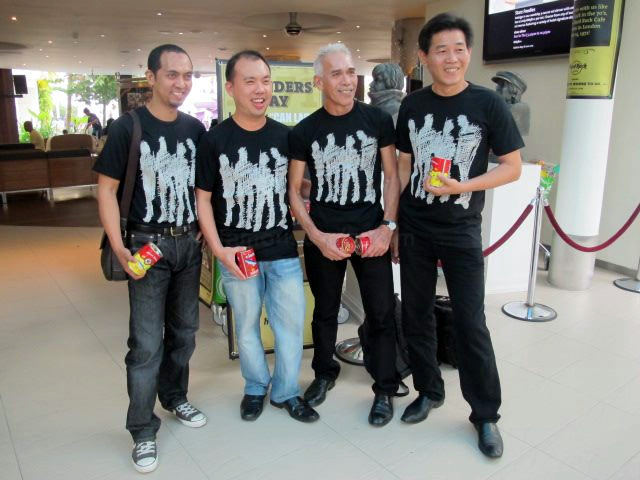 The BEST band in Penang plays in Hard Rock Hotel’s Lobby Lounge every Friday and Sunday from 7.30pm – 10.30pm. Ray and The Jazzhats are just amazing! Even if you are not staying in Hard Rock Hotel Batu Ferringhi, you still MUST make it here to watch them perform. Simply brilliant! My favourite is their rendition of Barry Manilow’s Copacabana. 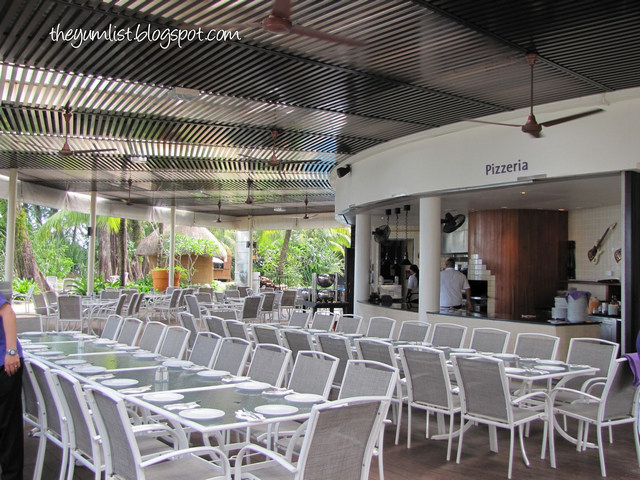 In my opinion, Hard Rock Hotel’s Pizzeria has got to be the best lunch spot in Batu Ferringhi, Penang for pizzas and pastas. Almost everything Italian in the menu is simply delicious and filling too!