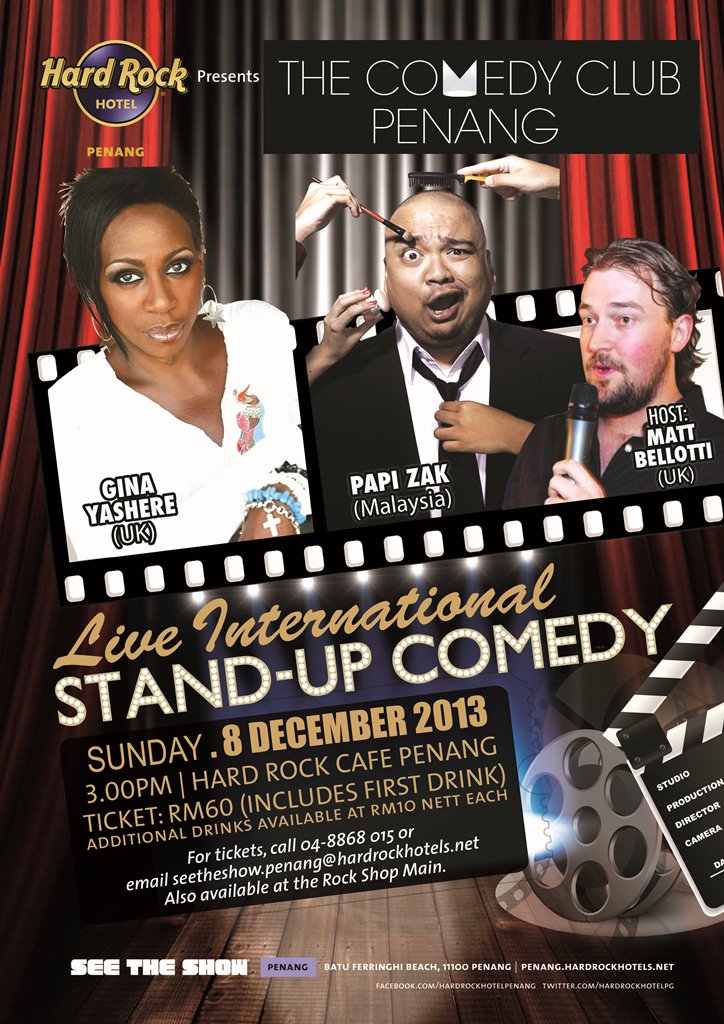 Hard Rock Hotel Penang will be hosting a stand up comedy show called The Comedy Club Penang this 8th December 2013. Hosted by Matt Belotti, the show will have 2 really funny comedians performing, namely Papi Zak and Gina Yashere. What makes Papi Zak special is that he is from Malaysia, speaks perfect English and has a really good sense of humor. If you are a Malaysian, you will definitely relate to his jokes. Really talented fella. Here’s a video of him in action.

Gina Yashere, however, is an international stand up comedian who has been doing it since years ago, traveling all over the world for shows. The first time I heard her name, I quickly youtubed her out and found her jokes to be really, really funny. I kid you not.

So, if you have the time this Sunday, 8th December, do consider making it for the show at 3pm-6pm in Hard Rock Hotel Penang. It’s RM60 for a drink (wine, beer, or soft drink) and subsequent drinks available for RM10 nett each.