I ran through Windows 7’s installer over my computer and it loaded SO DAMN SLOW! Gave up halfway. And so, it got me thinking. If I had RM3000 to change to a new computer rig, what would be my choice? What would the exact hardware components be that I will buy to build up from scratch? I gave it a long thought, did my homework and lo and behold, below is the best value for money complete personal computer setup you can get TODAY.

All prices are based on Cycom‘s, a recommended shop in KL’s Lowyat Plaza, pricelist for 20th June 2010. 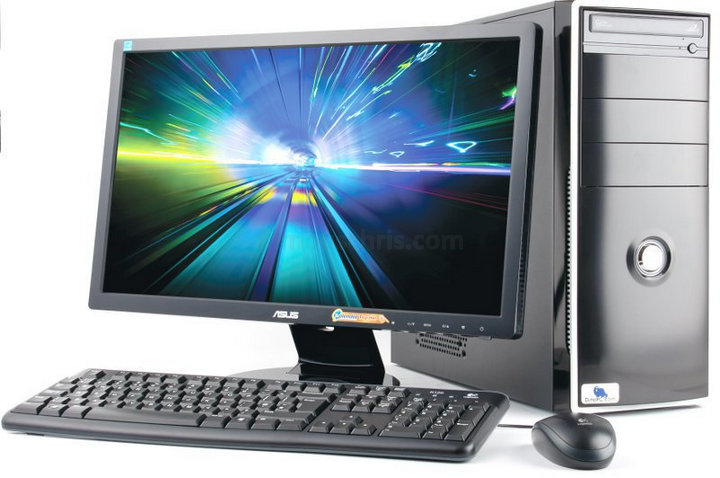 The AMD Athlon II x4 630 is the fastest and best 4 core processor of the Athlon II range. Nothing in Athon II beats this. If I had more budget, I would go for a 6 core Phenom II 1090T processor (the best AMD atm) which costs RM960, 3 times the price of Athlon II x4 630. Also, AMD because it is faster, cheaper, better for games and more overclockable than Intel.

This motherboard supports both Athlon II and Phenom II and you can change your processor if you ever have the extra cash in future. Always choose a motherboard without an integrated graphics core so as you get the freedom to pick out the graphic cards of your choice and the price of the motherboard is also much cheaper. As my nick is not Fatal1ty, the one PCI Express 2.0 graphics slot provided will do. And 12 USB ports is so much more than enough. My current setup has 8 USB ports and I still have 3 extra.

Actually the main reason why I chose the MSI 770-C45 is because of the C45 at the end. C stands for classic. 4 stands for Gold class. 5 stands for basic specification. Classic, Gold Class, Basic. The best bang for your buck gold standard, basic motherboard that will go down in history as a classic. =P

4GB is the standard. DDR3 is the best atm.

The HD5770 is the best of the mid range ATi Radeon graphic cards as the next would be the high end HD58xx series where the price jump is almost double! I chose Sapphire because it is ATi’s biggest partner and offers better component usage and innovative cooling solutions like the Vapor-X, Atomic and Toxic which reduces temperature and noise more efficiently.

And Extreme Power psu is more than enough for a standard stock pc setup. Unless if you want to try out the awesome advantages of overclocking, then I’d suggest getting a True Power psu.

The cheapest and most vibrant coloured high definition wide screen monitor you can get for that price. Even cheaper if you know someone working in Dell. I got my 22″ for around RM600 when the advertised price was RM1200, about 2 years ago. My advise is to buy the monitor online first before anything else as it takes around 2 weeks for delivery.

I like how the expansion cards, graphic cards, hard disks, DVD drive, etc. are fastened the screwless way. Makes assembling and disassembling so much easier.

The 2nd fastest hard disk in the world as of writing this article. Even better than a Western Digital Caviar Black. The 1st fastest is a 300GB Western Digital Velociraptor that costs 3 times as much and 3 times less space.

As Vivian has it, I can attest to the crisp crystal clear sound quality, sharp accurateness of the treble and thunder of the bass. Michael Jackson wakes up at full blast.

Logitech’s keyboard is very springy and nice to type at, compared to others. I have been a loyal Logitech keyboard user for 10 years.

This is so important. I had to learn this the hard way by changing many, many motherboards and power supplies before coming to realize that it was actually the fluctuating power source of Malaysia’s Tenaga Nasional Berhad that damaged the hardware. It prevents both known and unknown problems from happening to your computer by covering the areas of power surges, short circuit, overheating, spikes, lightning, sags, over and under voltage. AVR is SO important! If you are not using one at the moment, I’d suggest you make a trip to Lowyat (KL) or PC Depot (Pg) this weekend.

Any would do actually. Mine’s LG so LG it is. 😎

There you go. A nice full system that will play ANY LATEST GAME from Dragon Age : Origins, Battlefield : Bad Company 2, Mass Effect 2, Dirt 2, Crysis, Halo3, etc., at very high settings and it gets cheaper by the month. It will last for at least the next 5 years. Believe me. My current computer was first custom built 8 years ago. It cannot play the latest games 😥 but even now, everything else is smooth like running Photoshop, playing HD movies, browsing the internet, etc.